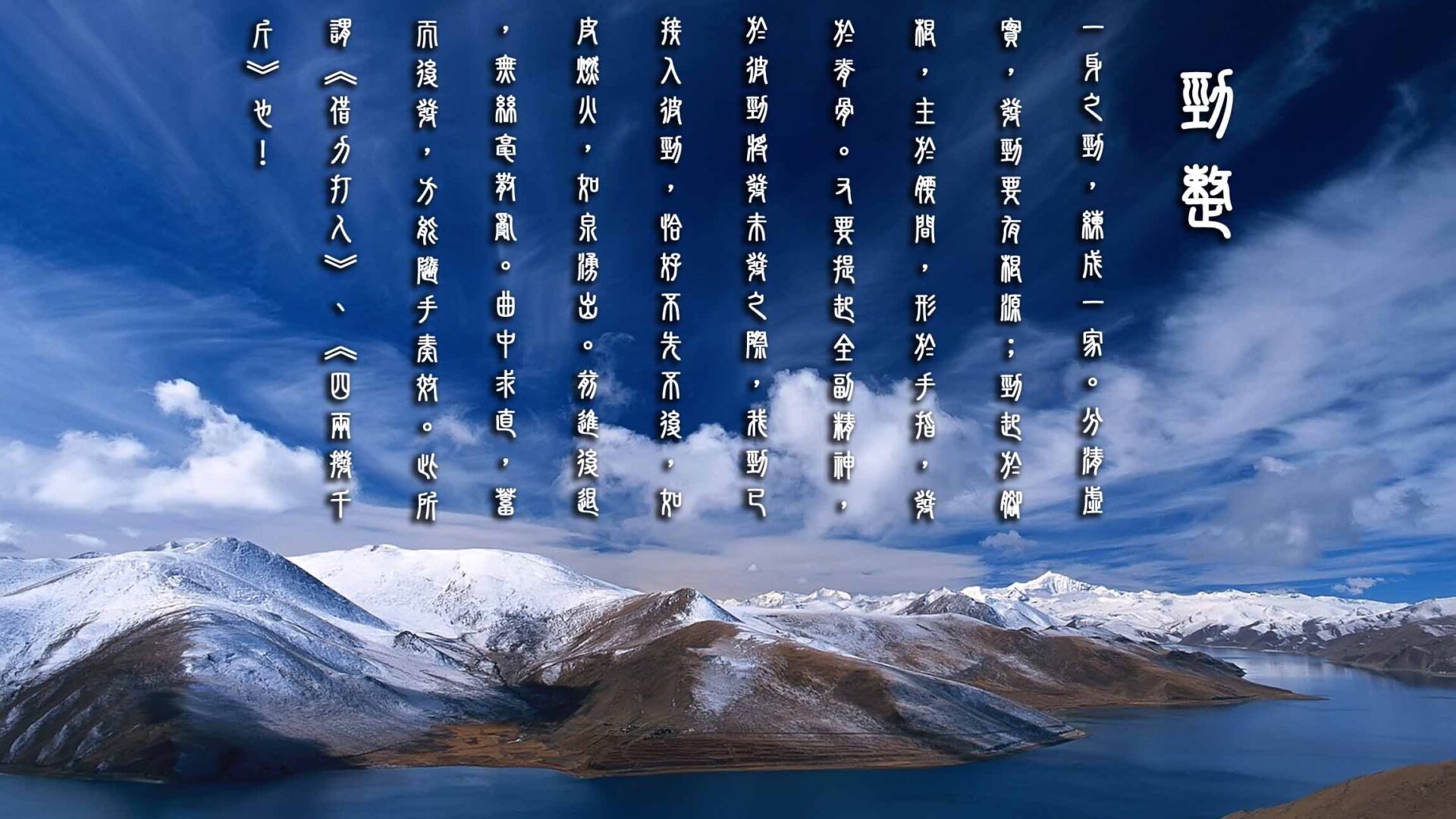 The energy from the whole body practices to unite as one. Distinguish clearly between substantial and insubstantial. There must be a root for your energy. One’s energy starts from the heel of the foot, controlled at the waist, released from the spine, and manifested in the fingers. One must also concentrate deeply. At the moment just before your opponent releases energy, your energy should already be penetrating their energy. The timing can neither be late nor early like tinder for starting a fire or a fountain gushing out. Forward advance or backward retreat is not the slightest bit disorganized, seeking straightness from crookedness. Store first before releasing, then your movement will flow with ease. This is called borrowing your opponent’s force to strike back or using four ounces to deflect a thousand pounds. 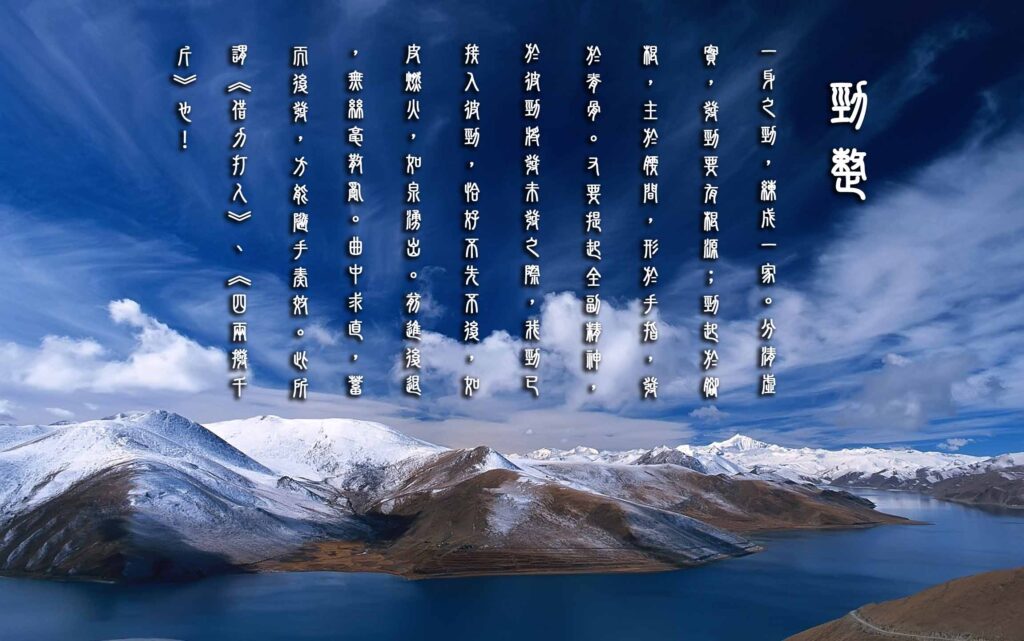 The main concept of this verse is the Chinese word Jìn which is translated literally as energy. More accurately, when internal force within your body is expressed externally, it is referred to as Jìn. This verse is dedicated entirely to describing in detail, the proper technique and the various aspects of how to correctly express our energy.

Firstly, energy must be expressed as a whole both when storing and when releasing it. The only way to express our body as a whole is to only have one control point which would be the dantian. Just like driving a car, there is only one steering wheel to control all 4 wheels. In addition to being inefficient, it is not possible to drive a car with 2 or 4 steering wheels. Similarly, our mind should not be thinking of what to do with the left hand and the right hand as well as the left foot or right foot.  Instead, merely focus on the dantian. Whatever the dantian does, the rest of the body simply follows.

Secondly, it is important have acute awareness of the substantial versus insubstantial about ourselves and also the opponent. Substantial vs. unsubstantial is often discussed as empty or non-empty as well as yin and yang.  This sensitivity to the substantial and the unsubstantial will allow us to apply the energy at the correct time and space. Using the same analogy of driving a car, you need to know when to speed up or slow down and when to turn.

When these skills are perfected, you will then be capable of “borrowing your opponent’s force to strike back” and “using four ounces to deflect a thousand pounds”.

Chen style tai chi is the only style that exhibits the explosive or sudden release of energy as part of the forms movement. All other styles which are done slowly from beginning to end, can also express energy. It is not as easy to discern the expression of energy within these other forms due to the slowness of the movements.

Visually, when the use of energy is done correctly, you can see the body moving first followed by the arms and legs, with the upper body and lower body finishing at the same time.

In forms practice, you also need to be aware of where you place your weight, clearly distinguishing between empty and non-empty stances. We train to move smoothly from one stance to another, achieving both stability and agility.

In push hands, the release of energy requires coordination before, during and after.

Typically a practitioner who has acquired this skill will prove to be very stable and strong. When the release of energy is executed, the person can easily takeout a physically bigger and stronger opponent.

When practitioners become proficient at using the whole body to store and release Jin, they reach new levels of understanding on how to access and engage the internal martial art aspects of tai chi.