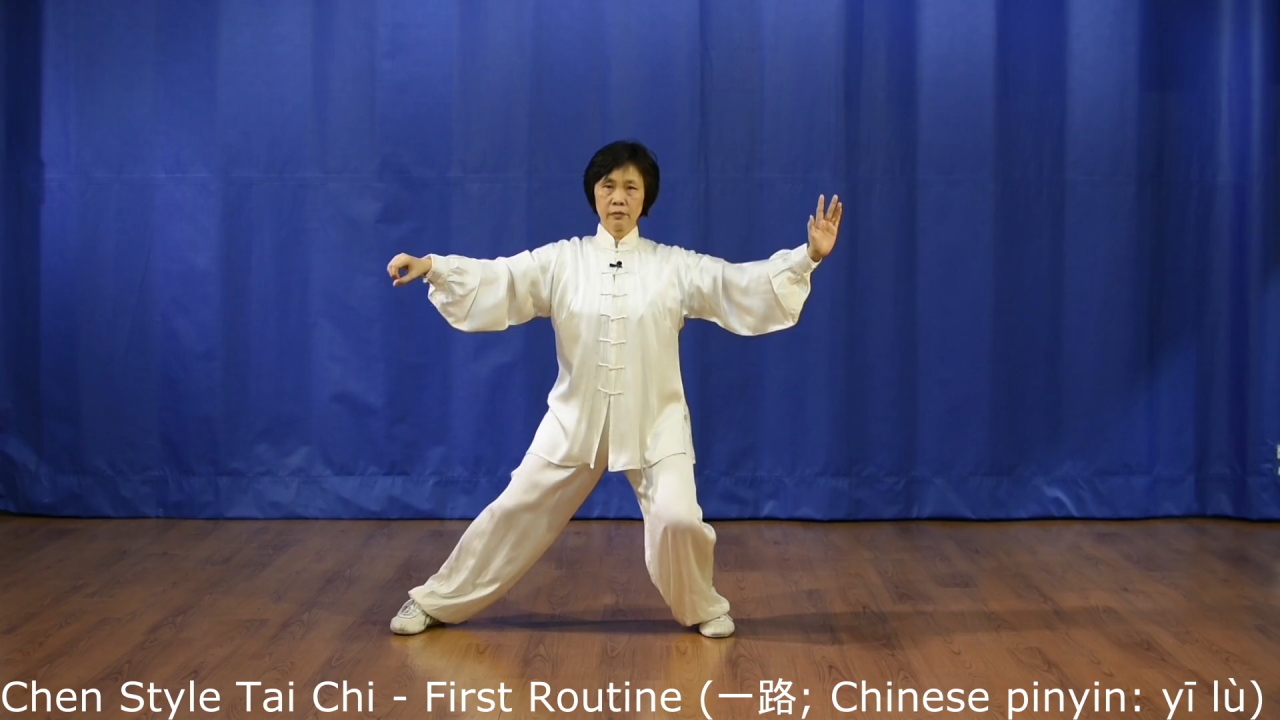 Welcome.  My name is May Rahnema, tai chi instructor and co-owner of the Ji Hong Tai Chi Mississauga studio.  In this video I am demonstrating the Chen Style form of Tai Chi, which is one of the main Tai Chi styles taught at Ji Hong Tai Chi schools.

But, tai chi is an internal martial art which is why you may have also heard that it is recognized as having a multitude of health and fitness benefits.  These health benefits have been studied and are well-documented.

This particular form that I am demonstrating is called Chen Style.  Chen style is the oldest tai chi form of the five primary tai chi styles so there is a lot of history behind this form.

A famous Chinese martial arts historian, Tang Hao, provides the most extensive historical tai chi research based on verified records. The research shows that in the 17th century, the Chen family of Chen Village in the Henan province of China were practising their own unique form of martial arts (Tai Chi, the Martial Art).  This original practice became the Chen family style of tai chi and all other tai chi styles are derived from this original form.

Forms or Taolu  (套路; Chinese pinyin: tàolù) are choreographed movements emulating actual martial arts moves.  A form serves as a means of training. This manner of training is common to many martial arts and allows people to practice alone when the martial artist does not have a training partner.

The first routine is performed slowly with a focus on softness and flow.  There are few explosive movements.

Higher stances and a routine with much faster, repetitive and explosive power movements emulate a more realistic application of the martial arts techniques.

When the first and second routines are practiced together back to back, it will take approximate 30 – 35 minutes to complete the forms. It is an exhausting workout testing an individual’s limit on endurance, stamina, strength in the lower body, internal qi and mental focus.

Within these two routines, there are still two main variants of Chen style tai chi: Old frame and New frame.

Old frame is obviously the older system of the 2 variants. Movements consist of relatively larger circles and less visible movement in the waist.

New frame has a strong focus on movements initiating from the dantian and waist, with more compact spirals and circular motions which is considered to be more difficult of the two.

The more compact spirals are subtle and difficulty to grasp. The stronger focus on dantian means the practitioner needs to have a higher comprehension of internal qi when executing moves. Regardless of which variant you practice, Old or New frame, the fundamental requirements, principles and practice methods remain the same.